Time-series Sales forecasting is one of the most important topics in every business, helping to process data taken over a long period of time. Stock exchange, logistics, retail are classic industries where the ability to build predictive models becomes a crucial differentiator in a highly-competitive business environment. In our article we’ll try to explain how time series analysis and sales forecasting methods can be used for typical business tasks: finding hidden patterns, detecting trends in sales over the years, and predicting sales in the future.

There are many time series forecasting models out there – from well-known and thoroughly studied, such as Naïve and Exponential Smoothing to the new and hot ones, like Facebook Prophet and LSTM models.

Facebook Prophet is open-source software released by Facebook’s Core Data Science team. This model assumes that time series can be decomposed by the trend, seasonality, holiday, or error components.

LSTM stands for Long-Short Term Memories which come from the Neural Network domain. They are mostly used with unstructured data (e.g. audio, text, video), but may benefit from the transfer of learning techniques when applied to standard time series.

In this article, we would like to share with you our experience of using the SARIMA model. It works well for the car sales because of the sales seasonality and relative simplicity of this domain.

The dataset contains the number of units and total sales of new motor vehicles, grouped by the vehicle type and the manufacturing location in Canada from 1946 to 2019, with data sampled on a monthly basis.

It is accessible here: Data Set

The initial data structure looks in the following way:

After filtering the data by: Country, Vehicle type, Manufacturing Location, Seasonal Adjustment, and then dropping all columns, except for the two: REF_DATE and VALUE, we receive the final version of our dataset. It contains 888 rows, 1 numerical column and an index in the DateTime format:

Our time series is univariate, which means that:

By means of a simple pandas command, we got the overall statistics for new cars sales in Canada between 1946 and 2019:

We performed the seasonality analysis in order to find out the prominent frequencies (periodicity) in the frequency domain using the Fourier Transform for full-time series and the alternating component of the series.

The maximum seasonality effects are at frequencies:
1, 2, 74 (1/month)

Then, we conducted a statistical analysis to understand the probability distribution of data as well as to prove the normality of distributions. The histogram and the qq-plot of data examples are shown below.

This test helped us understand how far our data distribution is from the normal one by computing the p-value in hypothesis testing:

Judging by the result of our p-value, we could draw the following conclusion – we have some strong enough evidence that the data distribution is not normal.

There is an upward trend, seasonality and some noise, so we can use the python package called  <statsmodels> to perform a decomposition of this time series.

The decomposition of a time series is a statistical task that deconstructs the time series into several components, each representing one of the underlying pattern categories.

Our goal is to build a mathematical model to be able to forecast the future.

Next, we decomposed the observed data (SEASONAL, TREND, and NOISE) with the following code:

As a result, we have  split the data into 4 components:

From the plot above two things come to light:

SARIMA is actually a bunch of simpler models combined into one complex model that can represent the time series by means of exhibiting its non-stationary properties and seasonality.

In theory, we have to find a set of coefficients p, d, q, P, D, and Q, which give us the lowest Akaike information criterion (AIC).

Moreover, for most years, the trend is rather linear while the seasonality and trend components are constant over time – so we choose an ADDITIVE model.

First, we have an autoregressive model AR(p). This is basically a regression of the time series onto itself. Here, we assume that the current value depends on its previous values with some lag. It takes a parameter p which represents the maximum lag. To find it, we look at the partial autocorrelation plot and identify the lag after which most lags are not significant.

In the example below, p would be 1.

After that, we add the order of integration I(d). The parameter d represents the number of differences required to make the series stationary. By means of differencing our time series up to the 2nd order, we see that the 1st order gave us stationary data:

Finally, we add the component: seasonality S(P, D, Q, s), where s is simply the length of a season. This component requires the parameters P and Q which are the same as p and q, but used for the seasonal component. Finally, D is the order of seasonal integration representing the number of differences required to remove seasonality from the series.

The main takeaway is: before modeling with SARIMA, we must apply transformations to our time series to remove seasonality and any non-stationary behaviors.

Another method (less time-consuming) is to perform a grid search over multiple values of p, d, q, P, D, and Q using some sort of performance criteria. By default, the AIC gives us a numerical value of the quality of each model, relative to each of the other ones. To be precise – the lower our AIC is, the better the model.

The pyramid-arima contains an auto_arima function that allows setting a range of p, d, q, P, D, and Q values and then fitting the models for all possible combinations. To get a summary of the best model we can use the following line of code:

The dataset was split into training and test sets, and then we trained the model by using the training data

After our model has been fitted to the training data, we can try to forecast the future.

Here we plot our forecasted values to view how well our predictions match up with the test set with the real data:

Let’s use the prediction to forecast the nearest 12 months (in our case – the whole year 2020):

In the forecasted data we see the same patterns as in the previous years:

The last 20% of our data was used as a test set, on which we tested our model

The overall purpose of the study was to prove that it’s possible to efficiently forecast car sales using a simple statistical model. During our research we were able to prove that the SARIMA-based approach has acceptable outcomes. Such models can be easily implemented with various statistical software and their computational complexity is acceptable. Also, the approach has well-studied statistical properties. An important advantage of the described method is the ability to adapt to new conditions and time series properties by changing the coefficients. The Jupyter notebooks we used in our experiments are open-source and can be downloaded from the GitHub repository. [Sarima_new_cars_sales]

Our only concern about the experiments is the well-known disadvantage of the SARIMA model. It can only extract linear relationships within the time series data. Predictions generated by the SARIMA model may not be suitable for complex nonlinear cases. It does not efficiently extract the full relationship hidden in the data. Another limitation is that the SARIMA model requires a large amount of data to generate accurate predictions.

The accuracy of the SARIMA predictive model in the form of MPE for car sales forecast has been obtained. It has been proved that the percentage error is not greater than 19.32 % for each of the 12 months ahead. Obviously, the accuracy of the model is high enough and the model can be used as a baseline for developing better models. The method is well suited for use in different business domains. 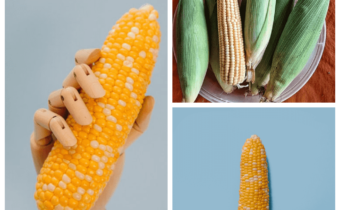